The Monaco Grand Prix was included into the racing calendar in 1929 and since then it has always been present in the Formula-1 calendar being the World Championship “zest”. The track passes along the public streets which are inaccessible in the time of the Grand Prix. Very narrow, rough-surfaced and wavy track is one of the main trials for the driver; the drivers must be always extremely concentrated to pass it successfully. The only mistake can cause serious crash because roadside guard rails are installed here close to the track and any mistake while breaking action can bring about hitting the wall. The Monaco Grand Prix and Formula-1 support races including the World Renault Series and GP2 Series were organized here some time ago, however, now the Formula-E competitions of electric cars are also held along the streets of Monte Carlo.

Peculiarity: the circuit in Monaco is distinguished by the slowest and the fastest bends of the Formula-1 calendar. Reaching the Grand Hotel hairpin the drivers slow down up to 48 km/h and after a few bends they pick up speed up to 260 km/h in the “Tunnel” bend. 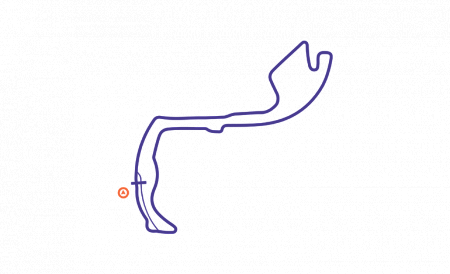