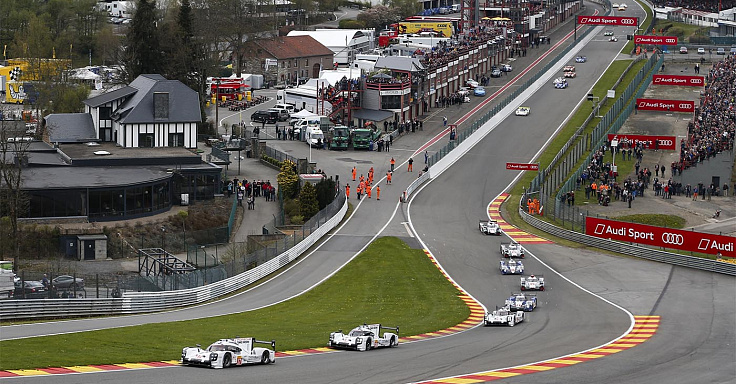 It includes the world famous 24 Hours of Le Mans, an 8-hour race in the USA and a few 6-hour races in Europe, North America and Asia.

The main race of the FIA WEC is the legendary “24 Hours of Le Mans” race, where three-person teams take turns driving one car to reach the highest tally of number of laps over 24 hours straight.

Most famous drivers and most recognized car brands are present on this race. Tom Kristensen has won the race 9 times and is an absolute leading champion of the 24 Hours of Le Mans. Jacques Bernard "Jacky" Ickx, Norman Graham Hill, A.J. Foyt and Jochen Ridt are top racing drivers of the race.

In 2015, for the first time in the history of motor racing, the car of the Russian drivers stood on top of the podium. SMP Racing drivers Alexey Basov, Viktor Shaitar and Andrea Bertolini, driving Ferrari F458 were the best in the LMGTE Am class.

Every race is a 6-hour competition (“the 24 Hours of Le Mans” race lasts 24 hours). The winner is a car, which reached the highest tally of lap number.